Mr. Tomislav Cerovečki is an expert umbrella maker, continuing the tradition of more than one hundred years. He is the fourth generation of master craftsmen, the first of whom was Mijo Cepanec, who founded an umbrella making shop in Varaždin in 1912.

As a result of business expansion, another shop was opened in Zagreb, which was run by his nephew Gabrijel Cerovečki. He made umbrellas for a 1936 London exhibition, where he won top awards, the Golden Plaque Award and the Grand Prix of London Award.

However, this was not the end of awards. His son Krešimir and now Tomislav have continued with the manufacture of handcrafted umbrellas, winning over many Zagreb ladies and gentlemen. Today they even make ladies’ parasols for movie and theater productions. Cerovečki umbrellas have been getting orders from both domestic and foreign television stations, and after a program about these special umbrella makers was shown on TV, an order for Šestine umbrellas was received from as far away as Japan! When the Japanese princess Akishino visited Zagreb, she was given a replica of a mid nineteenth-century ladies’ parasol as a present from the City of Zagreb. 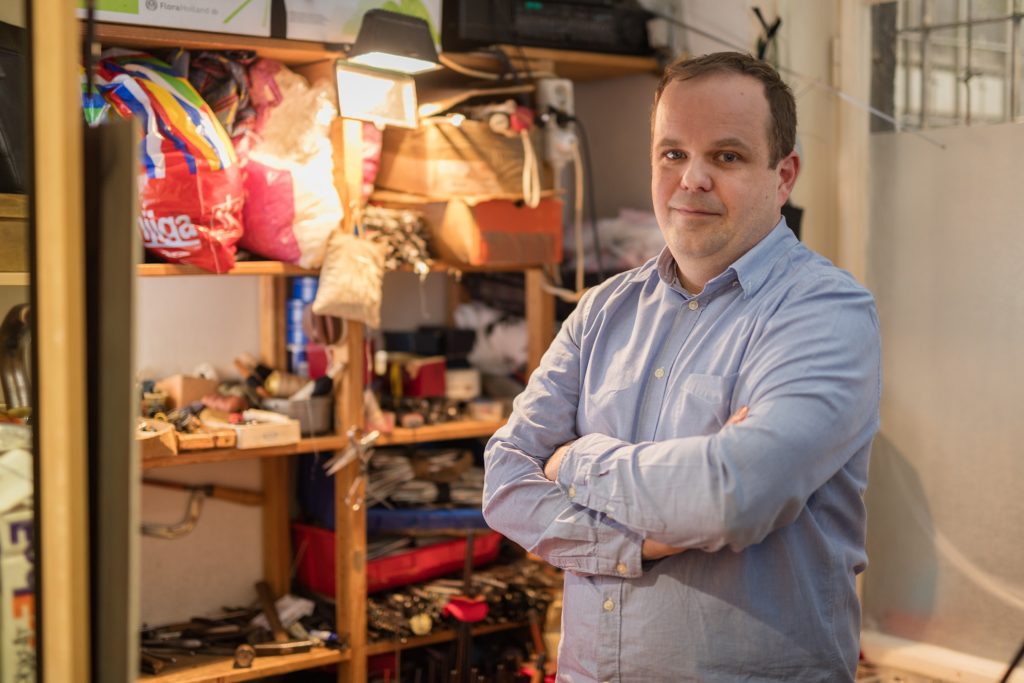 The product they are most known for is the already mentioned Šestine umbrella, which has become one of Zagreb’s trademarks. In contrast to their mass-producing competition, their great advantage is the quality of the material they use as well as the fact that their umbrellas are made by hand. Thanks to this they have had loyal customers for years, and they also get new ones—usually those who have had enough of buying a new umbrella every time the wind picks up.

All umbrellas are handcrafted and made from polyester, satin, polyester cotton, and pure cotton, and are characterized by strong chestnut and bamboo handles as well as impregnated thread and metal rustproof ribs.
They have recently won an award for the beautiful raincoat Kaplja [A drop of rain], which they made in collaboration with the designer Ana Rimac. It comes in red and black, having the recognizable Šestine design. It is constructed the same way as an umbrella, and the main idea behind this innovative raincoat is that instead of carrying an umbrella you simply wear it.

This traditional craft business that employs modern methods in competing against serial and mass production is known not only in Croatia but worldwide as well. 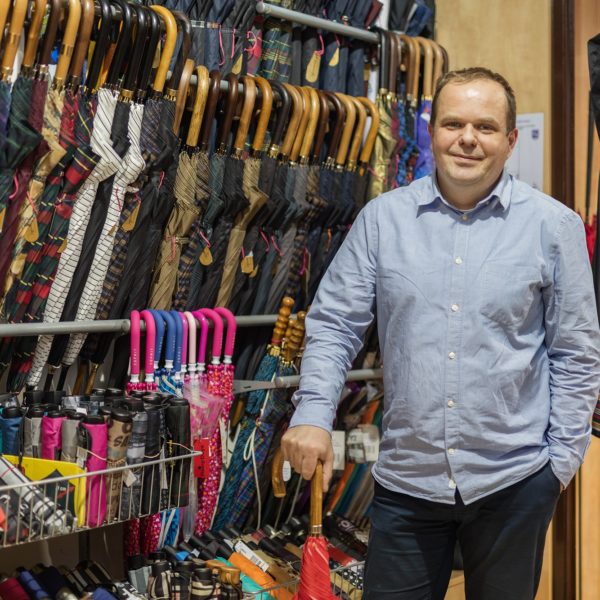 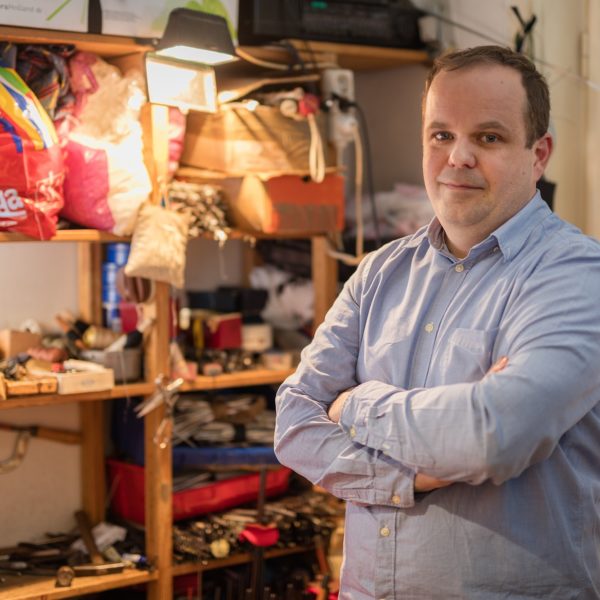 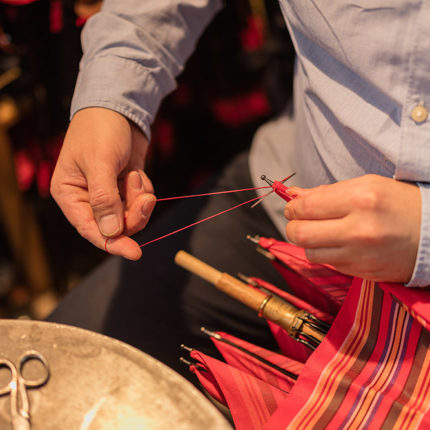 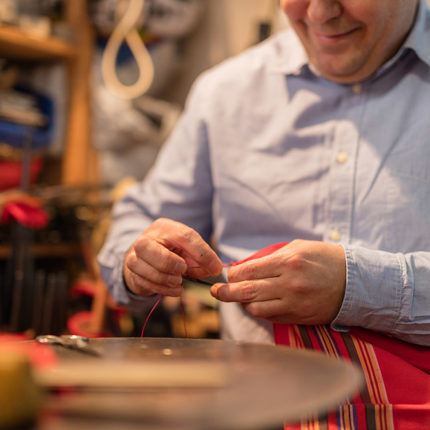 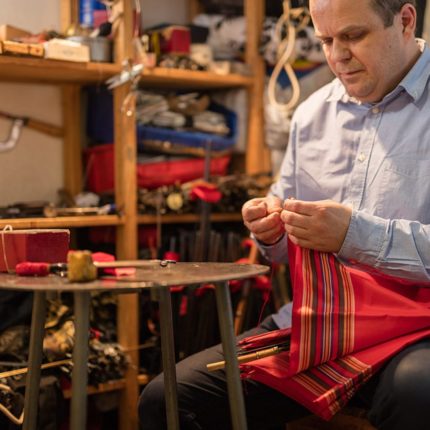 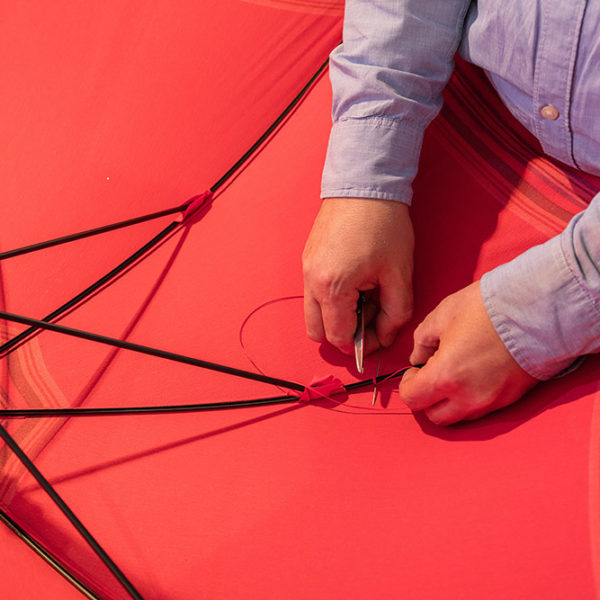 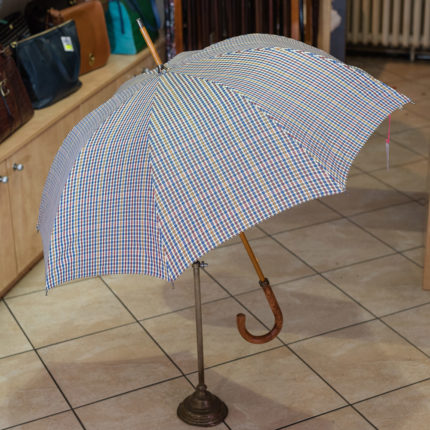 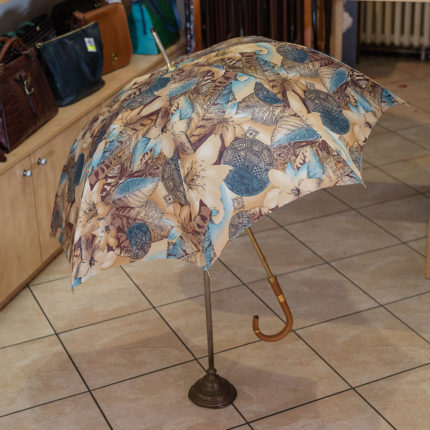 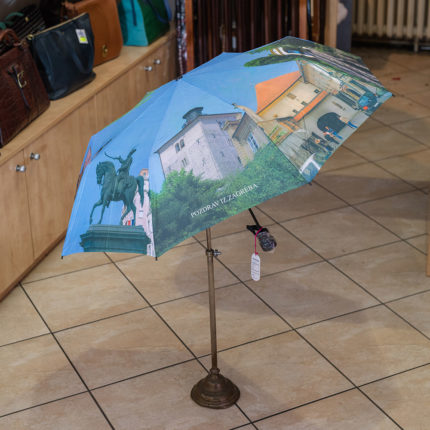 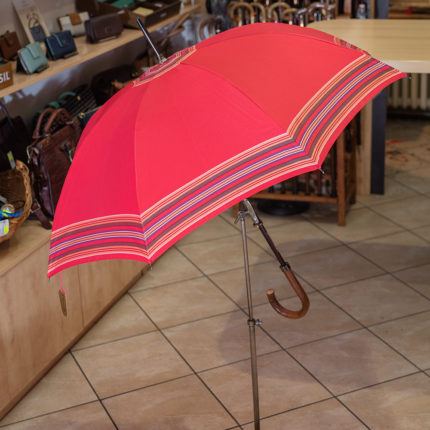 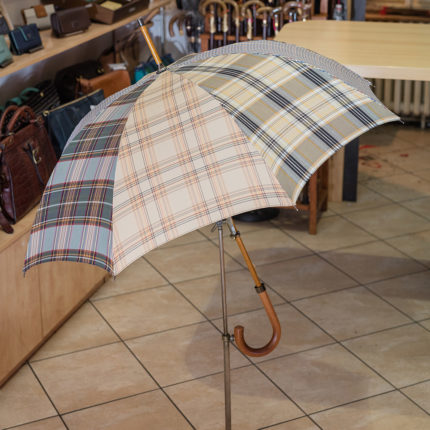 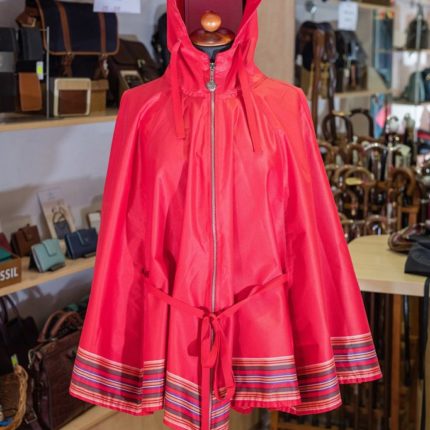 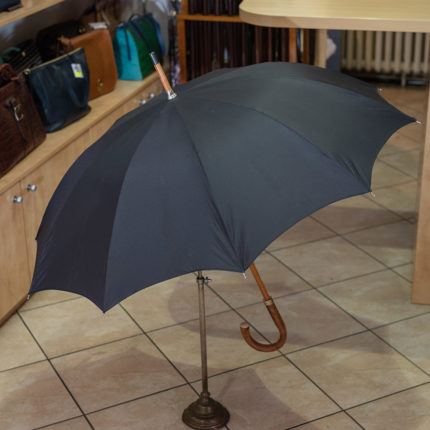