Craft Katarina is involved in making glass balls and Christmas tree ornaments made from glass. It’s currently being run by Petra Krhen Antonić, whose parents started the production about thirty years ago as a hobby that eventually turned from a small workshop into a full-blown craft.

As Petra Krhen Antonić explains, making glass balls is an extremely complex process requiring a lot of time and effort. From the moment a ball is vented by the time it’s finished, it can be redone eight, fifteen or even up to seventeen times depending on the required finishing touches.

The balls are shaped using long transparent glass tubes which are heated, melted and shaped into small ampoules. These ampoules are then heated and vented to balls. The ball is the basic shape, which in turn used to make bells, icicles, tops, small mushrooms. The other shapes are vented using moulds.

Given that the balls are transparent, they need to be coloured after they’re vented. First they add a silver layer on the inside and then immerse them in the desired dye (ice, red, blue, violet, yellow, beige, brown, black). That’s followed by the drawing stage. At the same time that’s the most interesting yet most demanding part.

In addition to the classic glass balls, which are affectionately called “grandma’s balls”, they also make glass figurines, angels, garden gnomes, piglets, Santa Clauses, snowmen, baskets, edelweiss, mushrooms, owls, pinecones, bells, icicles and the indispensible birds on clothespins. They also offer glass Licitar Hearts and Šestine balls. They make the classic Christmas tree tops, balls you can use as presents for your business partners. Balls have become increasingly popular as thank-you notes at weddings during the last couple of years.

“Making Šestine balls with umbrellas and folk costume motifs brings me great joy. I like drawing the motifs of Zagreb and little houses in the snow. I’m happiest the most when I get to write names and all kinds of messages on the Christmas balls at the Christmas market in the city centre, in which we’ve been taking part for eight years in a row. The customers are blown away by this idea, which gives it a special kind of charm and appeal”, Petra says.

The glass-blower school does not exist anymore and there are very few crafts involved in making glass balls. “My parents are lucky that my husband and I fell in love with this business and that we find it so fulfilling”, she points out.

Not only do lots of our townsmen, friends and acquaintances use their balls to decorate their Christmas trees, but you can find them in offices and shop windows. They’re used to make Advent wreaths. “I hope we’ll continue making our balls as long as they keep putting smiles upon out customers’ faces”, she adds.

Can it get better then when you’re all exited and jumping around the Christmas tree and hanging Christmas balls with names on them. And you keep checking to see whether you’ve forgotten about somebody. And then you have a nice cup of hot tea while you enjoy the shimmering Christmas balls and messages of people thanking you for having made their Christmas merrier and more beautiful. That what the Christmas magic we love so much boils down to at craft Katarina”, Petra Krhen Antonić tells us. 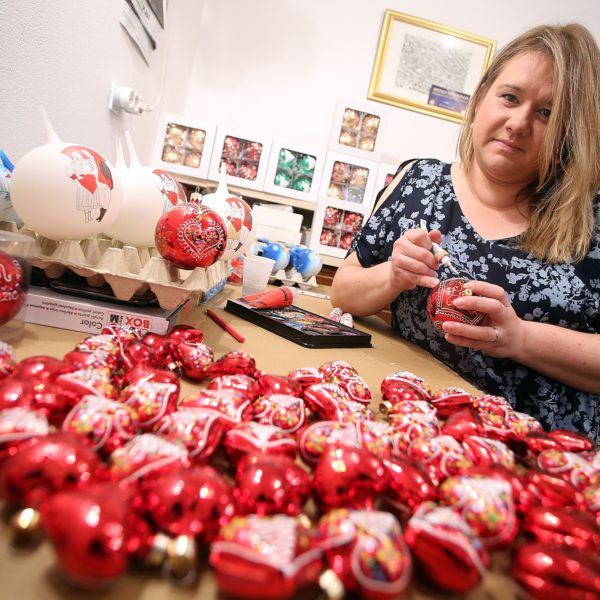 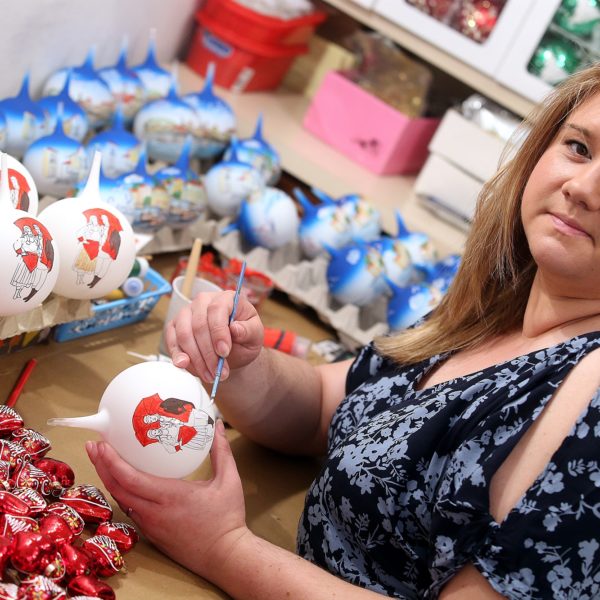 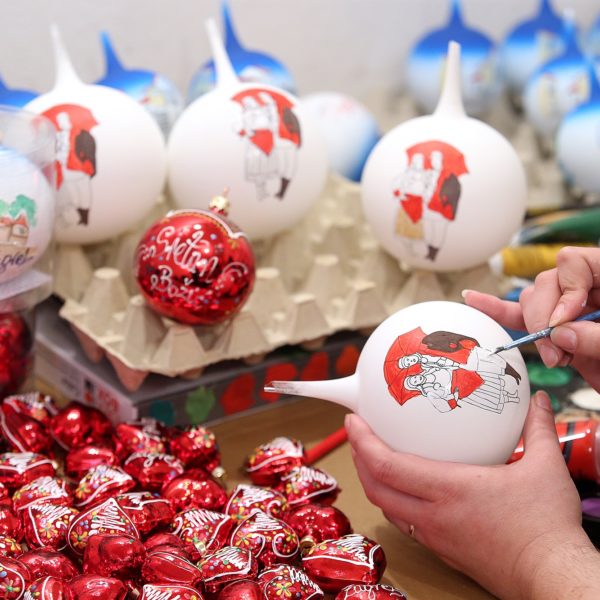 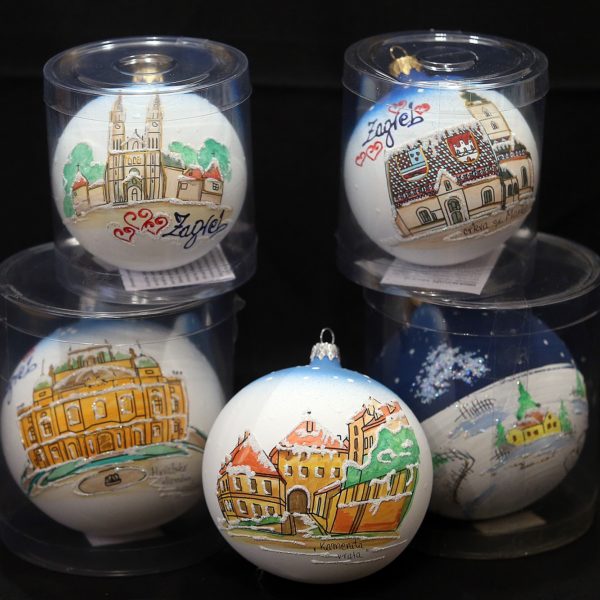 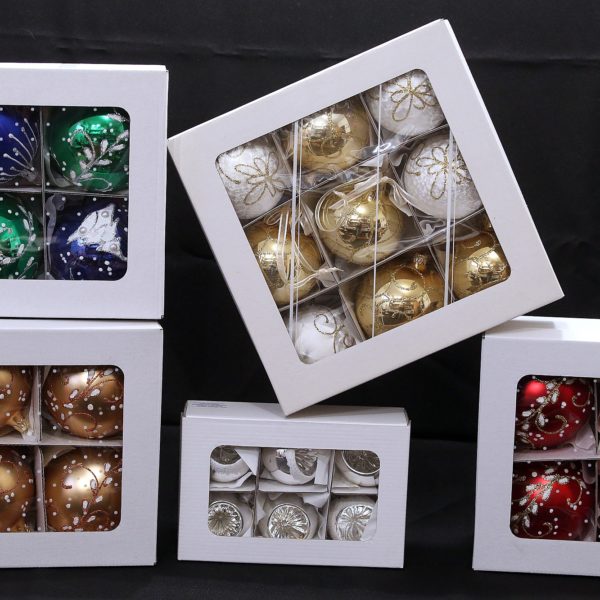 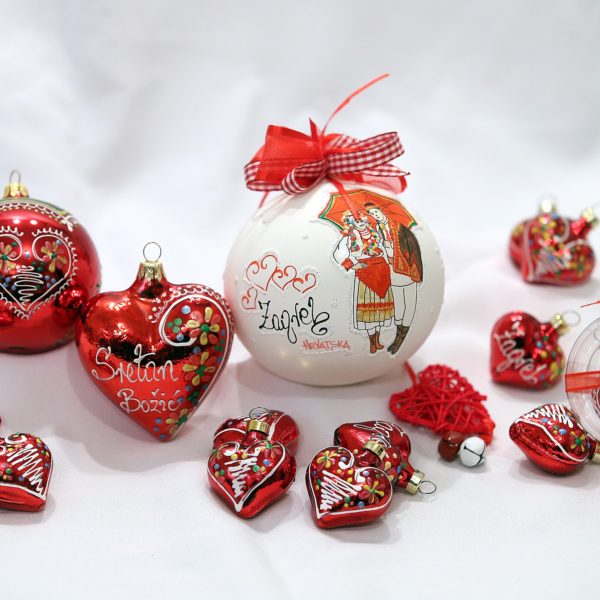 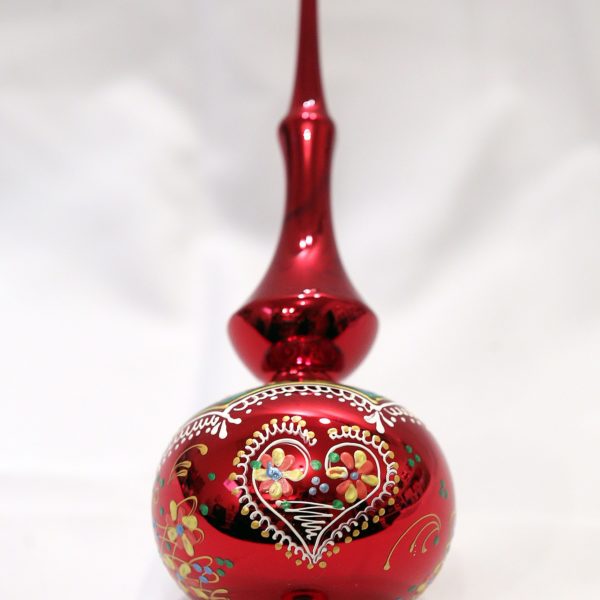 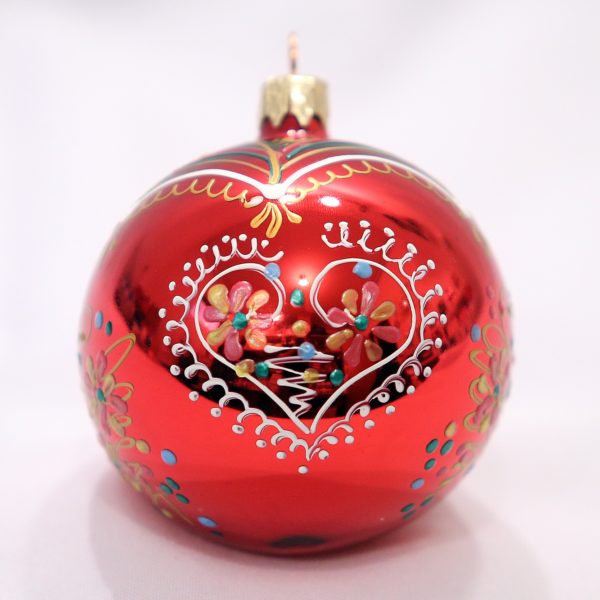 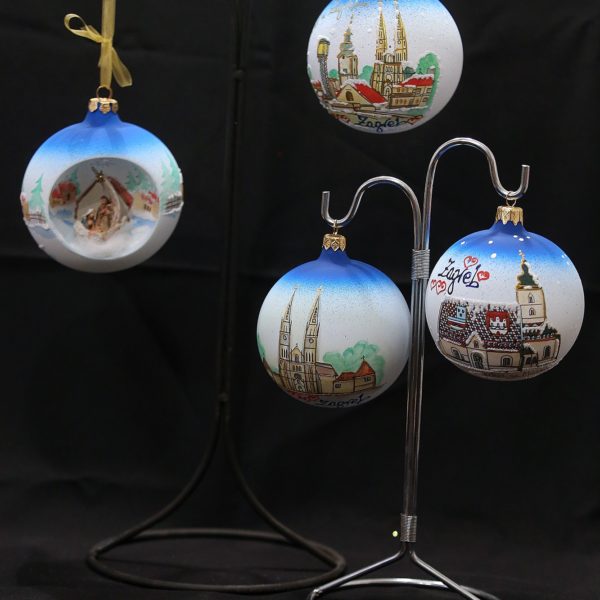 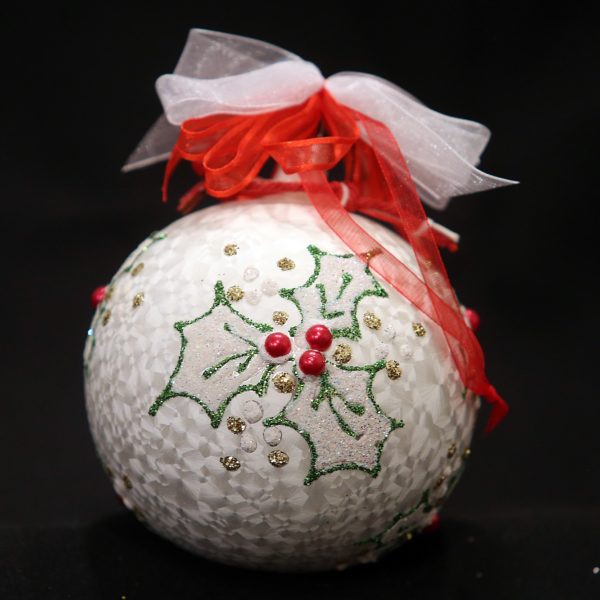 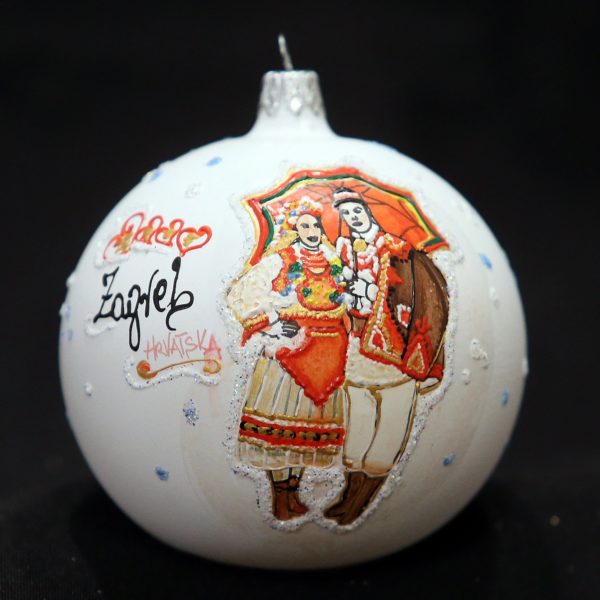 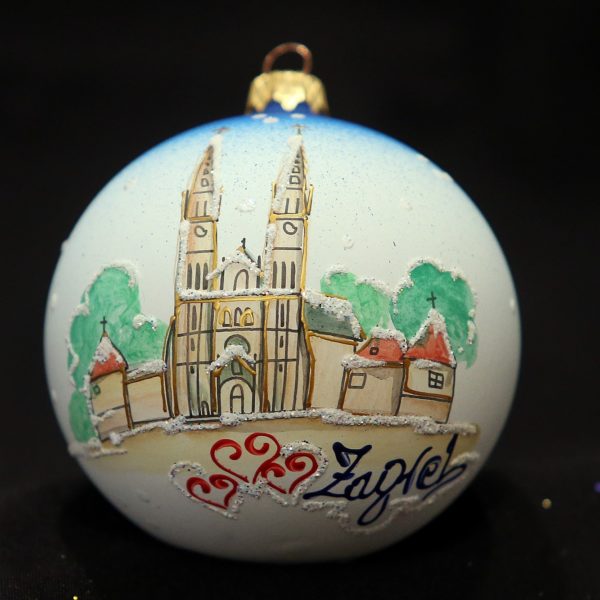 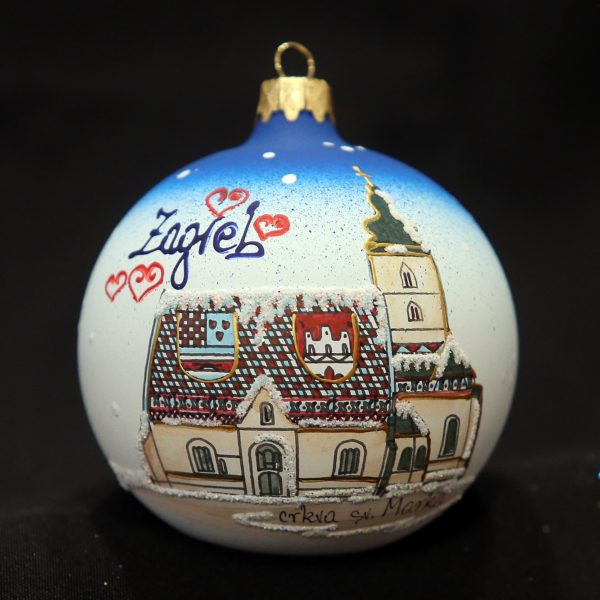 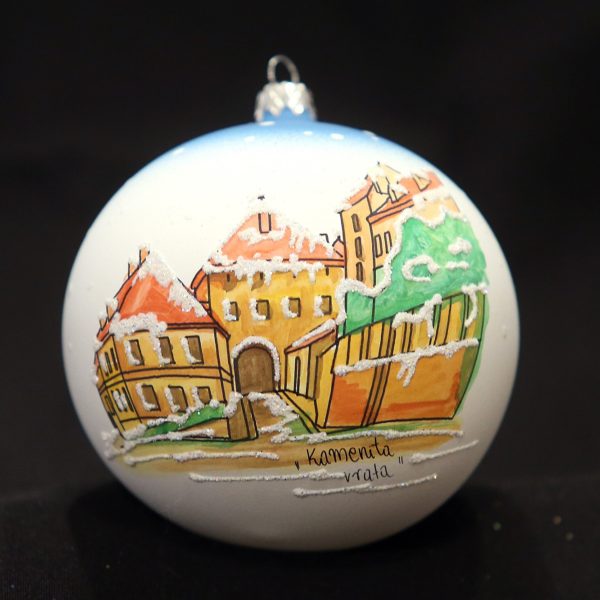 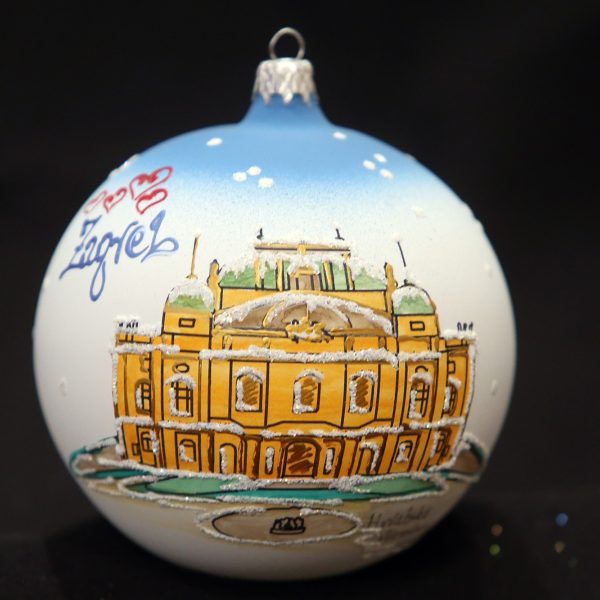 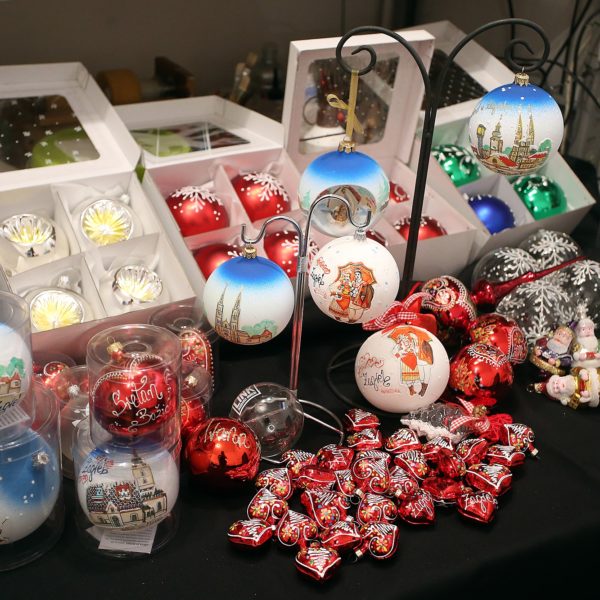 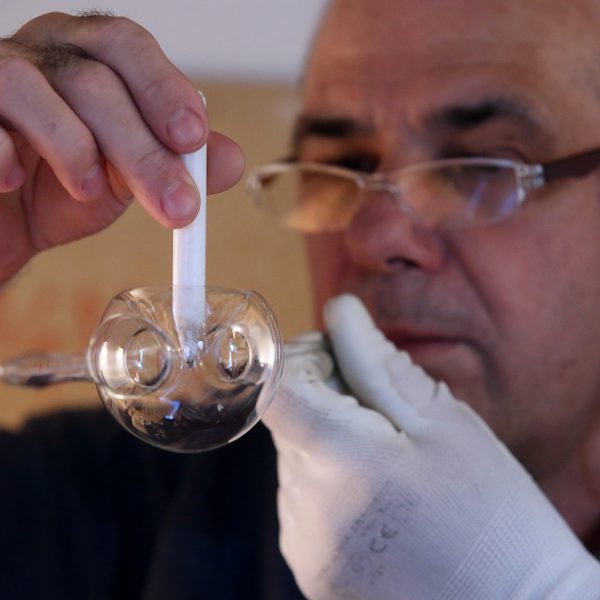 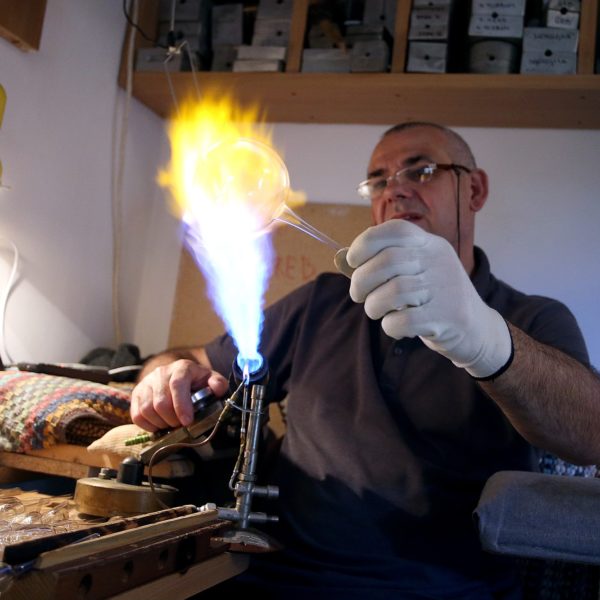 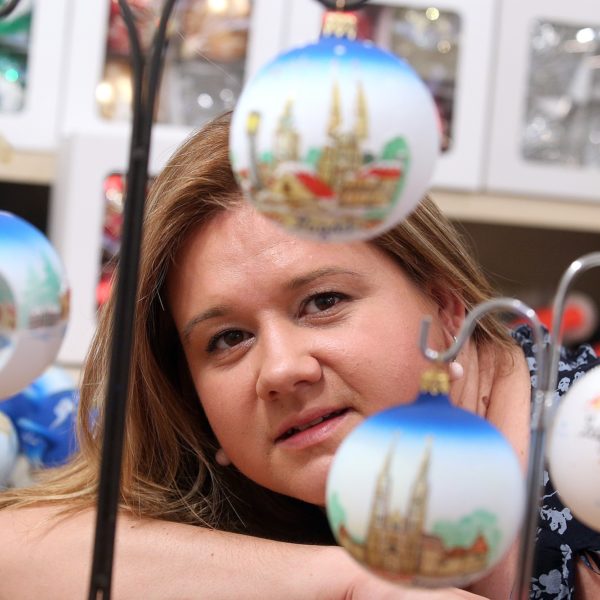 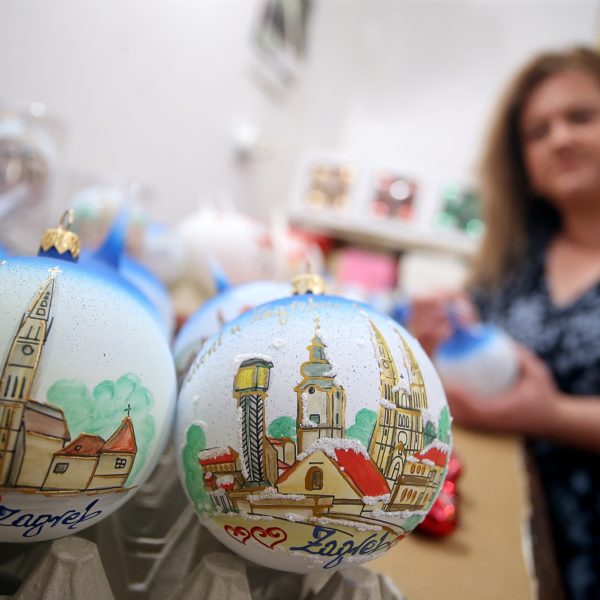 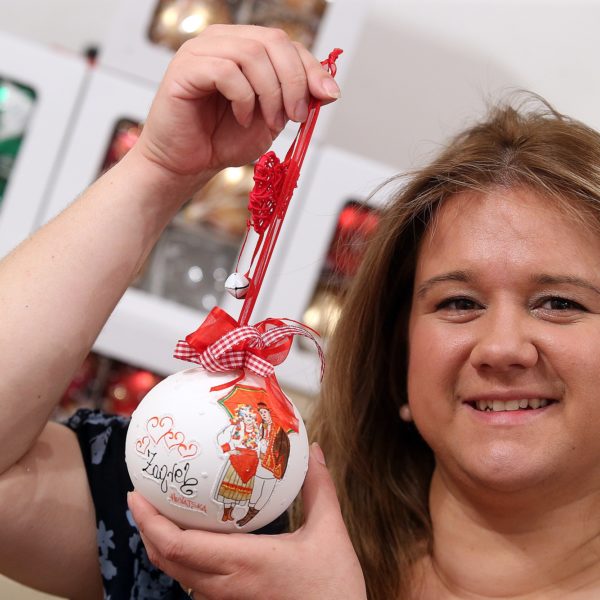 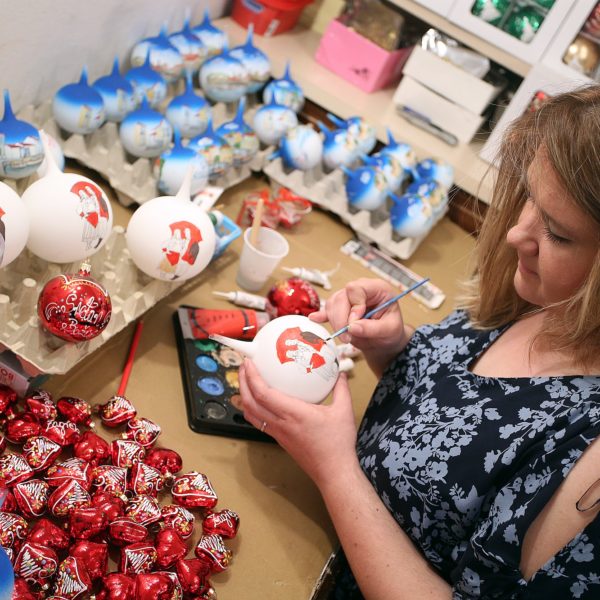 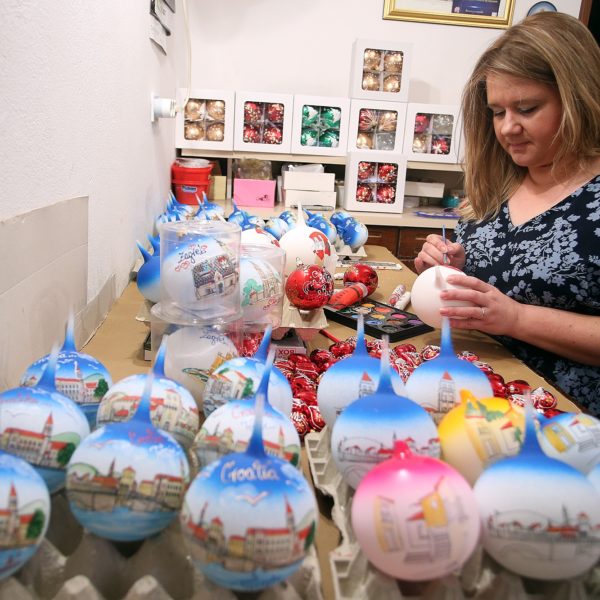